The next group of islands we reached on our GeoWorld Travel voyage west across the Pacific was the Pitcairn Group. Pitcairn is famous for being the hiding place for the Mutineers of the Bounty. Once the Mutineers led by Fletcher Christian had taken command of the ship and set Captain Blythe and his loyalists adrift in a smaller boat. The Bounty rediscovered Pitcairn that was incorrectly marked on the charts and they founded a new colony with some Polynesians they collected from Tahiti. 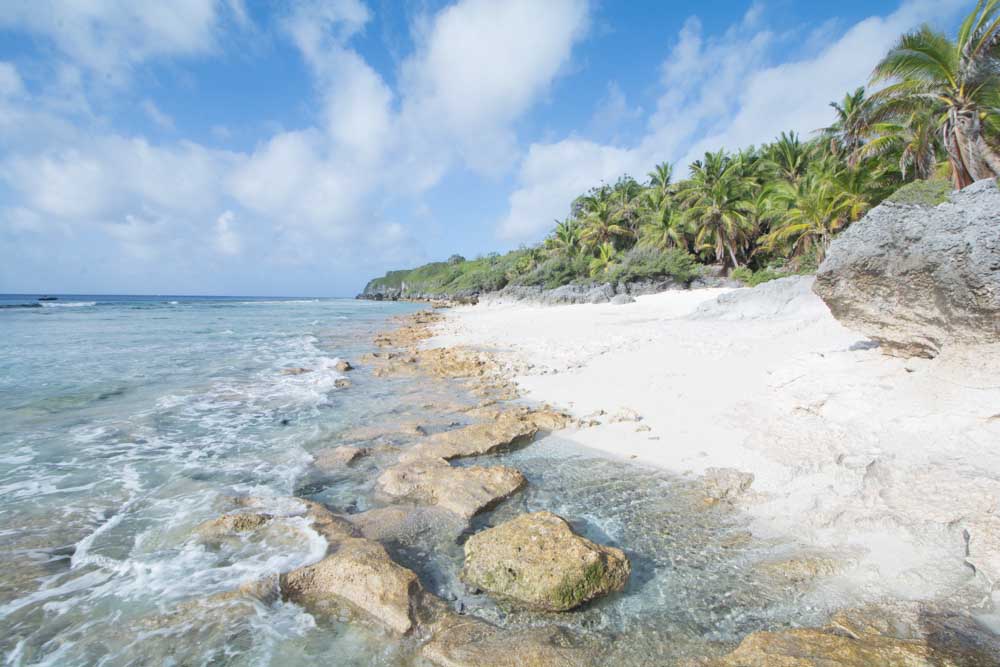 The Pitcairn group itself comprises of 4 islands and several submarine volcanoes. The islands of Ducie, Hendersen and Oeno along with the Tuamotu Archipelago of French Polynesia are thought to have been created by the Easter hotspot which is currently located near to Easter Island. The main island of Pitcairn and its nearby submarine volcanoes are the product of the Pitcairn hotspot, which produces a line of islands through the Gambier island to the Duke of Gloucester Island in French Polynesia.

The first island we reached in the Pitcairn group was Ducie Island. Ducie island is a fine example of an Atoll. It was Charles Darwin in 1860 who first theorised how Atolls formed, basically as a volcanic island moves further from the hotspot it will start to subside and also be eroded, however the surrounding coral reef will keep growing up, keeping up with rate of subsidence, until all that is left is a ring of coral surrounding the now submerged seamount. At Ducie the wind conditions were too high for us to be able to land, so we circumnavigated the island by ship instead. 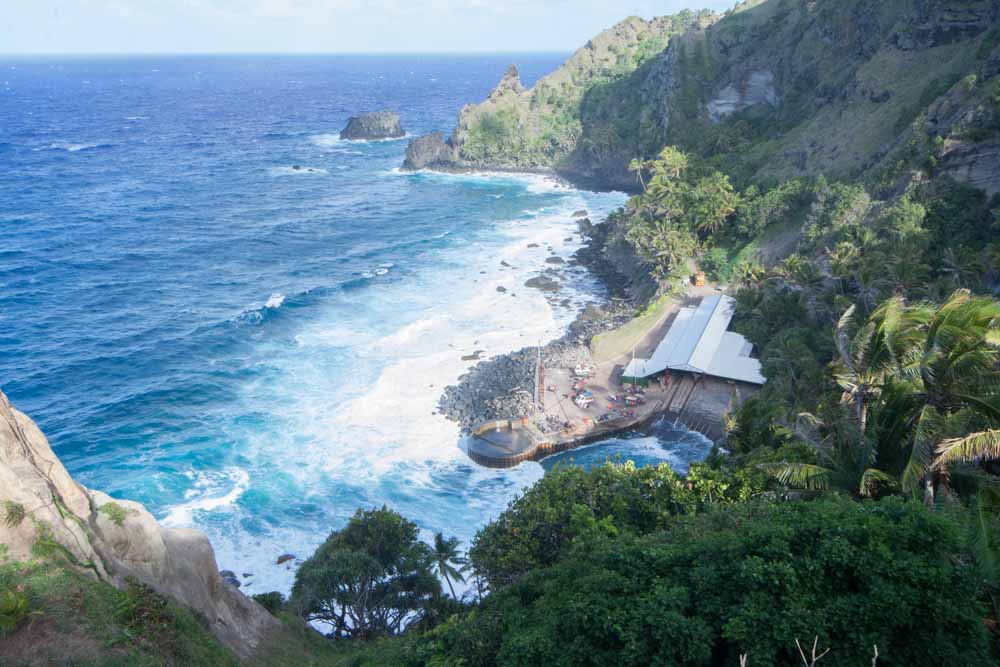 The following day we reached Henderson Island. This now uninhabited island was once the home to an ancient Polynesian population that required contact with other islands to survive due to scarce resources. The island itself is a geological marvel. It is an example of what is known as a ‘Makatea’. It is basically an atoll like Ducie Island that has subsequently been raised 33 metres into the air. The island is now surrounded by limestone cliffs with a flat rim, and a depression in the centre that contains the fossilised lagoon floor. The island is thickly forested and almost impossible to walk across due to the sharp coral ridges. The reason for the island’s uplift is due to volcanic outpourings from the Pitcairn hotspot 200km away. These eruptions created the Adams and Bounty submarine volcanoes and have loaded the crust with lava. The weight of this volcanoes locally depressed the plate causing it to flex up under Henderson.

Climbing down ‘Down Rope’

After leaving Pitcairn we headed south west and off the line of islands produced by the Easter hotspot to Pitcairn Island itself. This incredible island is very rugged and rises to over 300 m. The island is unusual in the sheer quantity of pyroclastic material (erupted ash and small rock fragments) that is to be found there. Most of the island is made up of these ash layers that geologist call tuff, and the top of the island clearly shows the semi-circular pattern of a collapsed caldera which was probably formed in a violent hydro-magmatic eruption that produced an enormous ash cloud and the great thickness of ash. When we arrived on the island we were the first to use a new harbour that has been built on the west coast of the island. We landed there because the condition in the traditional landing site of Botany Bay were just too rough to operate zodiacs. We then walked past basalt and trachyte lava flows and climbed up to the highest point of the island where there were amazing views of the caldera. We then walked into the capital Adamstown, where we could by souvenirs and learn about the history of the island. The island has a population of only 58. Some of us then climbed up to Christian’s cave which occurs in the soft tuff above Adamstown. It was here that the mutineers could go if they feared the Royal Navy may find them. I also visited a site where obsidian can be found. This involved climbing down a steep cliff path called ‘Down Rope’. Also at Down Rope are petroglyphs that the ancient Polynesians calved into the tuff. Near to Down Rope are some pools caused by waves surging over lava flows on the shore. These are known as St Pauls Pools. Our amazing day at Pitcairn ended with the very kind local launching one of their long boats and driving us out through the crashing surf of Botany Bay, back to our ship. It was an exhilarating boat ride that we will never forget!

The final day in Pitcairn, a British Overseas Territory was spend at Oneo Island. This island like Ducie is an Atoll, but it still contains a volcanic remnant in the centre of the lagoon. Unfortunately it was too rough to enter the lagoon or land on the Atoll, but we were able to snorkel the rich waters on the outside of the Atoll.

We run multi-day geology tours to the world's best geosites and we offer field trips in Wales, where we are based. View all posts by geoworldtravel